In another indication that things are starting to turn tough, family owned trailer manufacturer Tieman Industries has been placed in voluntary administration after 62 years in the business. However company founder Neil Tieman and his sons Colin and Dale are proposing a deal that could see them salvage 100 jobs from thje wreckage. At the moment it appears that around 80 jobs will be lost in its home state of Victoria along with a further 60 in other parts of the country. 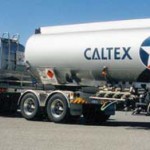 The company has cited mounting industry pressures as the major factor that led to it calling in administrators Korda Mentha and declaring voluntary administration saying that the decision had been “extremely hard” for the business that was started as a back yard venure in the 1950s. Dale Tiemen has told media that this was the right decision because without it no jobs would have been saved and everyone would have been unemployed. The family is now apparently trying to save the core tanker business but the group’s service and maintenance and Tail Lift and Whiting Door operations will both close. Tieman Industries has made an offer to administrators Korda Mentha to recapitalise with the new business focused around the tanker division. Mr Tiemen has said all workers would receive their full entitlements and superannuation. Dale and Colin Tieman who took over running the business from their father in 2007 say they’re passionate about the industry and looking to keep the business afloat.

Volvo Trucks  has announced  that its revolutionary electric autonomous prime mover, known as Vera has been given its first assignment transporting goods from a logistics centre to a port terminal in the Swedish company’s home […]

Hino has announced the winners of its tenth annual National Skills Championships in which the truck makers Australian dealer network competes each year for  the coveted titles The best 18 finalists in the sales, service […]

GM and Navistar to tie-up?

According to US business magazine Forbes, American heavy truck brand, Navistar  is rumoured to be interested in establishing a joint venture partnership with General Motors. The rumour follows GM’s announcement last month that Chevrolet will […]