The company chose the recent Bus Vic Expo in Melbourne to  unveil the Bustech ZDi  claiming it is the first electric bus to be completely designed, engineered and manufactured in Australia.

A subsidiary  of Transit Australia Group, Bustech has  developed the electric urban bus at its Burleigh base in Queensland using advanced battery and regenerative braking technology.

The company claims that its electric bus will soon be driving Gold Coast streets  where the futuristic zero carbon emission bus is set to revolutionise the Australian transport industry.

Michael McGee , CEO of Transit Australia Group reckons the bus is a “game changer and is the future of public transport in Australia”.

“Our bus is environmentally friendly and is a single level bus which is controlled by a touch screen and features technology that is unique and delivers maximum vehicle range without compromising passenger capacity and comfort,” said Mr McGee.

“It can be charged at the depot or in service while its zero carbon emission makes it an extremely attractive proposition for cities and major regional centres,” he added.

Clearly Bustech is keen to target governments  who are keen to be seen to be doing something about the environment and  improving the carbon footprint of its transport fleets and  the company is hopeful Australian governments will make the necessary investment in infrastructure such as this to ensure the electric bus become a reality on Australian roads. 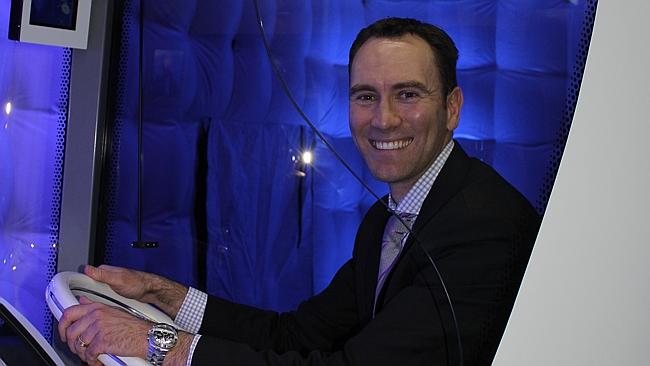 Governments around the world are already investing in electric vehicle charging infrastructure to support both private and public transport,” McGee added.

“The Bustech electric urban bus is really at the forefront of an emerging green vehicle industry and this country has the opportunity to be world leader while at the same time reducing pollution  and reducing environmental burden.

Bustech claims its manufacturing cost is comparable to a similar sized diesel bus and that the process allows new technology batteries to be retrofitted as advances in battery science happens.

Along with that  McGee claims maintenance costs can be reduced by up to 80 per cent  compared with a similar diesel bus across the  life of the vehicles.

Bustech has received support from the Australian government through the Automotive Cooperative Research Centre as well as the CSIRO while additional support has been supplied by Swinburne University of Technology and the Malaysian Government.

In fact Malaysia is spending close to $AUD170 million on establishing an electric bus system based on Bustech’s design and technology.

As reported exclusively on Truck and Bus News last week, Transit Systems will today start a trial of  four new electric buses  in Sydney’s inner west or what is known as Transport for NSW’s Region […]

MAN RIDES THE WAVE WITH SURFSIDE

Gold Coast based bus line, Surfside  has given MAN Truck & Bus an order of 15 buses to service the Gold Coast and across the border to the Tweed Shire in NSW. The fleet of […]