Australian truck sales figures for 2014 came in almost line ball with the 2013 figure finishing just 15 sales short of the previous year’s tally, according to the Truck Industry Council’s figures 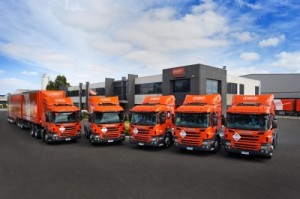 December 2014 was in fact up almost 6.1 per on the same month in 2013 with total truck sales of 2,830 units for the month, the strongest result for a December post the GFC – giving hope that business confidence is on the way back stronger truck sales expected in 2015.

TIC Chief Executive Officer, Tony McMullan, is optimistic that the stronger results in the final half of 2014 deliver improved truck sales in 2015.

“Consumer confidence has been low all year while business performance and investment has been patchy at best and with coal and iron ore prices approaching a five-year low, the mining sector is particularly slow but all In all the 2014 finish is about what we expected.

“We believe the second half results will carry over into 2015 and we will see growth in new trucks sales,” said Tony McMullan.

“We need strong sales growth in 2015 to ensure that the truck car park does not blow out, because without reasonable new sales growth this year, the average age of the Australian truck park will likely exceed 14 years,” he added.

McMullan added that an old truck fleet is less productive, doesn’t employ the latest safety technologies and of course has poorer environmental outcomes.

Hino has revealed that leading door distribution company, Bidfood Australia has taken delivery of the 125,000th Hino truck to be sold in Australia, with the the company taking delivery of the vehicle handed at its […]

The ATA has cancelled its Trucking Australia 2020 conference, which was to be held in Cairns from 1-3 April. The ATA board of directors made the decision this morning Monday 16 March), after considering advice […]