The hydrogen fuel cell concept for powering vehicles saw another new entrant reveal its hand this week with an Australian start up spruiking its plans to re-establish an automotive industry here, with hydrogen fuel cell vehicles to be built in a new factory at Port Kembla south of Sydney.

The new company, called H2X Australia, said at its media launch that it has already developed several prototypes powered by hydrogen fuel cells and electric drivetrains.

While its main product will be an Australian designed SUV, called the Snowy, which is a medium-sized SUV using a 60 kw fuel cell generating electricity to power a 190 kw drive train, the company says that two heavy commercial models built on a second, larger platform, using two fuel cell units and with power of between 300 and 550 kW will hit the road ahead of  the SUV.

H2X says the vehicles have already been fully developed, are already at manufacturing level and could be on our roads in in less than two years,  with the availability and roll out of hydrogen filling stations being the main limiting factor at the moment, particularly  for the SUV models. However because heavy commercial vehicles mostly run on set city and interstate runs operated by major transport companies and run in and out of company depots and warehouses, they will be less reliant on establishment of public hydrogen filling stations. 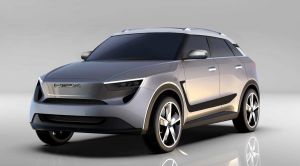 CEO of H2X Australia Brendan Norman said that he was heartbroken to see our auto  manufacturing industry shut down in Australia.

“Given Australia’s leadership in hydrogen we have the opportunity to bring it back, for me it is a dream come true.”

Norman, who is a former BMW and VW executive, said that there are two distinct platforms in the final stages of development and more details will be released shortly.

“We will be showing running prototypes of the first models in November, while beta versions will be available for trailing by customers in April next year and we want to be producing in volume by July next year.”

Norman and his partner Chris Reitz have recruited a strong team of launch executives with high level experience in global car companies ranging from BMW and Fiat to Nissan and Toyota.

The company currently has a staff of 70 personnel, with plans to employ another 100 before the end of 2020, and builds on an extensive network of local and international suppliers.

Investors in H2X include environmentally progressive concrete producer Elvin Group, which also has interests in hydrogen and ammonia production, and utility-scale solar and battery projects; managing director of Elvin Group, Samuel Blackadder, was formerly Head of Utility and Projects for Jinko Solar in Australia, and is now also Chairman of H2X.

On the launch of H2X, Blackadder said Elvin Group intends later year to launch its own Australian-made electrolyser later this year, which it he says will make cost-effective hydrogen.

“With H2X we are able to cooperate on the production of this revolutionary product and also work on a number of hydrogen and clean-energy-powered applications for our concrete activities,” Blackadder said.

H2X’s other cornerstone investor Denzo Pty Ltd, has energy- and hydrogen-production projects in Port Kembla, in Dubbo within the NSW pilot Renewable Energy Zone, and in the Port of Bundaberg in Queensland.

Denzo managing director Ken Mathews,  said what was important to his company in relation to the funding of H2X, is  that they have the ability to supply green hydrogen and the ability to use that hydrogen in Australian-made vehicles.

“We can provide a strong platform for this country to build a highly intelligent manufacturing network in a green environment for generations of Australians to come.”

Norman did not reveal the two types of heavy vehicle in development, however interstate truck and passenger buses are often cited as ideal platforms for early hydrogen technology adoption.

He said the company has orders from initial launch customers who operated their own vehicle fleets in Australia, and it was also talking to a number of potential customers in Asia and Europe.

H2X has raised enough capital to begin production but is still talking to potential investors and state governments in Perth and Sydney.

“We are secure in our first phase as a sustainable long term business but looking for funding for expansion,” Norman said.

The vehicles will be manufactured with a mixture of local and imported components with an 30 to 50 per cent local content initially.

H2X plans to aggressively increase local content of the hydrogen fuel drive train including fuel cells, electric motors and batteries, saying that within 18 to 24 months these will all be sourced and manufactured in Australia.

Norman also intimated that the company is designing a ‘Tractor’ variant based on its smaller platform  that will be of huge interest to Australia’s agriculture sector.

A truck driver has been slapped with maximum penalties for four offences after his truck was found to be able to reach speeds of 130 km/h. Transport for NSW Director of Compliance Roger Weeks said […]

NHVR ANNOUNCES BLUEPRINT FOR STANDARDS WE SHOULD ALREADY HAVE

Despite Australia lagging  Europe, Japan and many other development economies in adopting an equivalent to Euro 6 vehicle standards, the National Heavy Vehicle Regulator (NHVR) has released a blueprint  it says will ‘support manufacturers and […]

HANSON CELEBRATES A MILLENIUM WITH MACK

Major concrete  company Hanson has taken delivery of its 1,000th Mack truck with Hanson general manager of logistics, Scott Tipping receiving the keys  to the milestone truck  from Mack VP of sales and marketing Dean […]